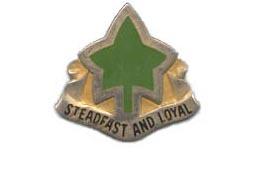 The following are examples of the US Army approved design of the Shoulder Sleeve Insignia (SSI) for the 4th Infantry Division.

First worn during World War 1, the design of the Ivy Leaves was standardized by the Office of the Quartermaster General in 1923, and in about 1960 the background color went from olive drab to white.

All these are items from my personal collection. 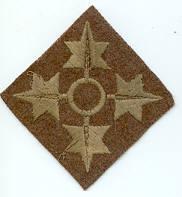 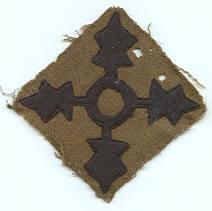 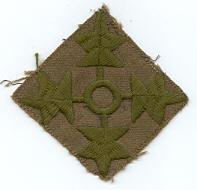 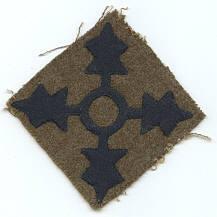 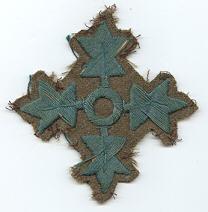 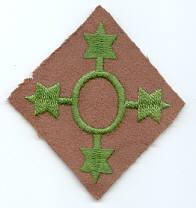 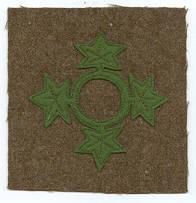 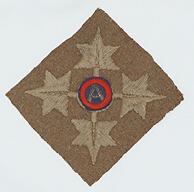 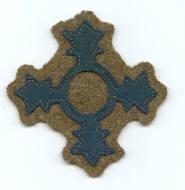 On the left, 4th Division 3rd Army (Army of Occupation)

On the right, small size SSI 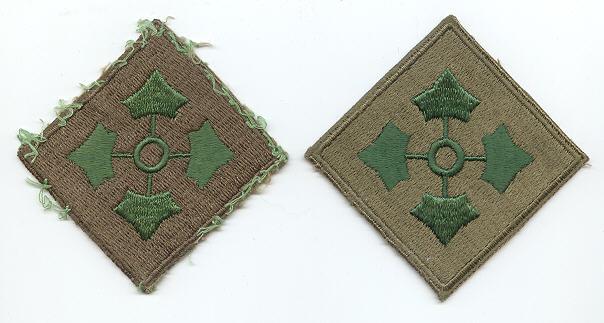 The following insignia is shown front & reverse, named & serial numbered to an officer in the 4th Division. 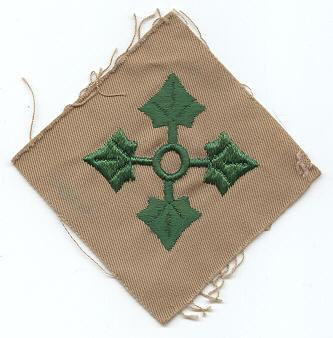 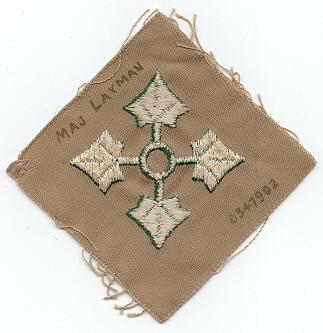 Below is a beautiful silk embroidered on wool SSI, made in England during the war. 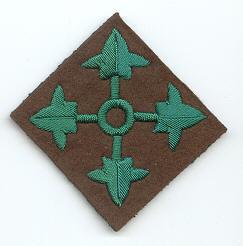 The following insignia were all made in Germany after the war, and into the 1950's. 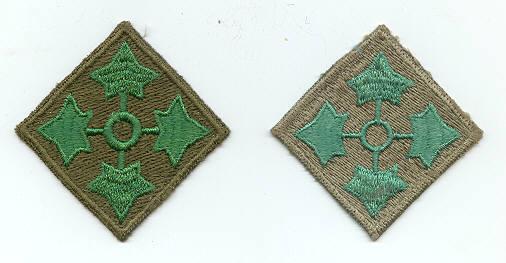 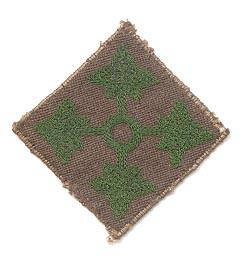 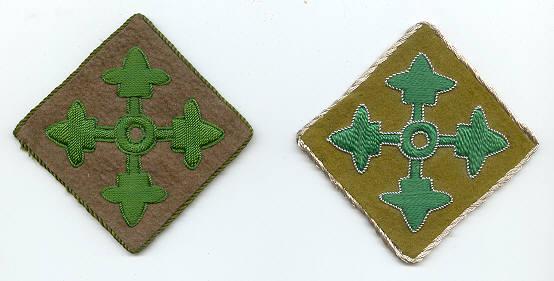 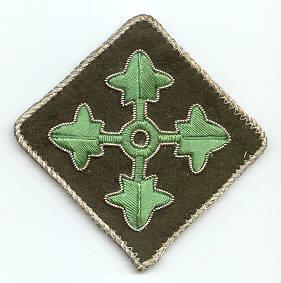 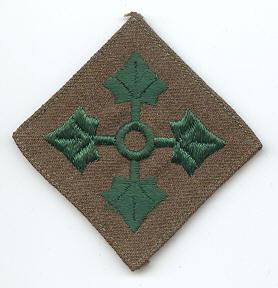