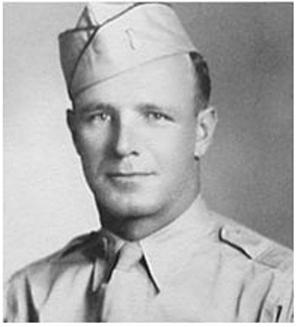 Preston T. Niland was born in New York in 1915. He was drafted into the Army on March 31, 1941
at Buffalo, New York. His home of residence was listed as Erie County, New York and his civilian
occupation was listed as Clerks, General Office. He had completed two years of college at the
University of Buffalo and he was single with no dependents. His religion was listed as Catholic.

After serving in the Army as an enlisted man he graduated from Officer Candidate School and
became an officer. He was commissioned an officer somewhere between December 1, 1942
and January 16, 1943. ²

The date of his assignment to the 22nd Infantry is unknown. He was with the Regiment at least by 1943
as he was awarded the Good Conduct Medal in General Orders No. 5 Headquarters 22nd Infantry
on June 8, 1943 at Fort Dix, New Jersey. At the time of the award his rank was 2nd Lieutenant.

Second Lieutenant Niland was killed in action in Normandy, France, during 1st Battalion's attack against
the German coastal batteries at Crisbecq on June 7, 1944.

This story (with a great deal of alteration) was the basis for the Hollywood movie "Saving Private Ryan".

Ultimately, two of the brothers were found to have been Killed In Action in Normandy, and the brother shot down
over Burma was carried as missing until May 1945 when he was found to be alive, having been a
prisoner of war of the Japanese since being shot down. 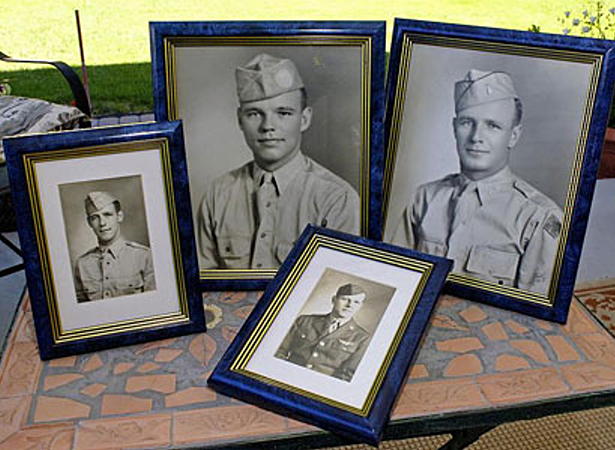 Portraits of the four Niland brothers in uniform.
In the front is Edward. Back row, left to right:
Frederick, Robert, and Preston.
Note Preston is wearing the insignia of the 4th Infantry Division
on his left shoulder sleeve. 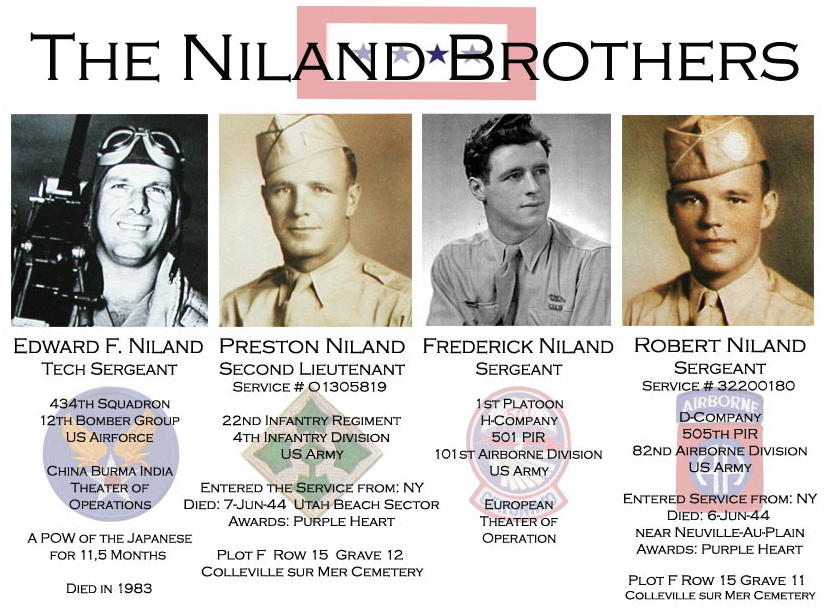 Technical Sergeant Edward Niland (1912–1984),U.S. Army Air Forces. Imprisoned in a Japanese POW camp in Burma,
captured on May 16, 1944; liberated on May 4, 1945. Edward had parachuted from his B-25 Mitchell and wandered the jungles
of Burma before being captured. He was held as a prisoner for a year before being liberated in May 1945.

Technical Sergeant Robert "Bob" Niland (1919–1944), Company D, 505th Parachute Infantry Regiment, 82nd Airborne Division.
He was Killed In Action on June 6, 1944 in Normandy. He volunteered to stay behind with two other men and hold off a German advance
while his company retreated from Neuville-au-Plain. He was killed while manning his machine gun; the other two men survived.

Sergeant Frederick "Fritz" Niland (1920–1983), Company H, 501st Parachute Infantry Regiment, 101st Airborne Division.
Fritz was close friends with Warren Muck and Donald Malarkey, from Company E, 506th Parachute Infantry Regiment,
101st Airborne Division ("Easy Company"), who were both featured prominently in the HBO miniseries Band of Brothers.
Fritz fought with the 501st through the first few days of the Normandy campaign. Several days following D-Day, Fritz had gone
to the 82nd Airborne Division to see his brother, Bob. Once he arrived at division, he was informed that Bob had been killed
on D-Day. Fritz was shipped back to England, and, finally, to the U.S. where he served as an MP in New York
until the completion of the war. ¹ 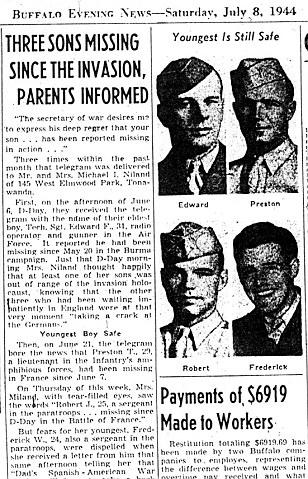 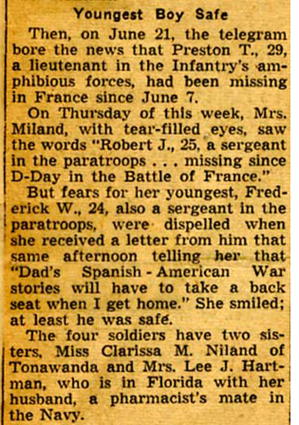 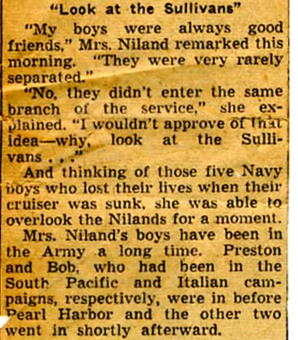 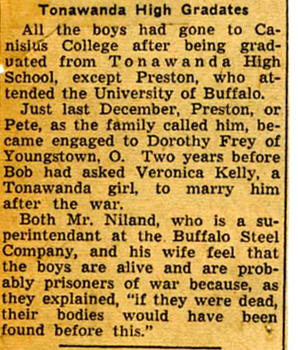 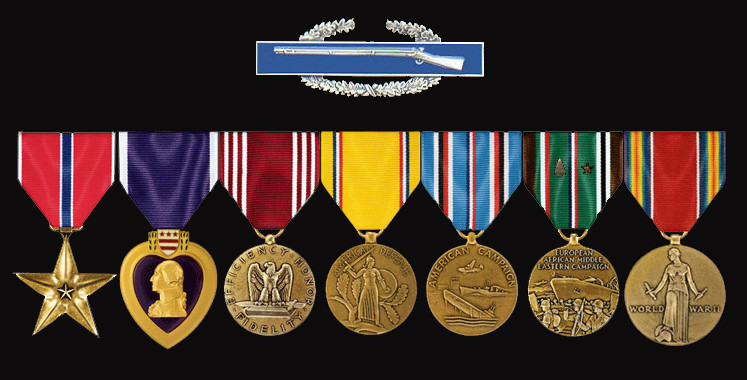 Preston T. Niland was buried in the temporary U.S. Military Cemetery,
Blosville Cemetery at Carentan, France in Block D Row 8 Grave 146 and was moved to the permanent
cemetery at Colleville-sur-Mer, most likely in 1948 when the temporary cemeteries were shut down. 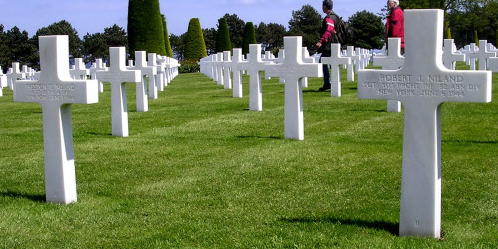 The two Niland brothers are buried side by side in the cemetery at Colleville-sur-Mer.
Preston is front, left, and Robert is front, right.

Edward Niland's son, Pete, tells the story of the Niland brothers at the following webpage: