On July 5, 1814, British and US troops met on the plain at Chippewa, Canada.
The battle lasted some three hours and resulted in an American victory.
It was the first time in the War of 1812 that regular forces of both nations
faced each other across an open field, in a major action.
The victory showed the entire world that the Army of the young country of America
had become a professional military arm, capable of holding its own
against the world's best army.

The grey jackets of the 22nd Infantry in this battle, worn as a matter of expediency,
came to serve as a mark of honor and distinction for the Regiment,
resulting in their un-official motto still used today: 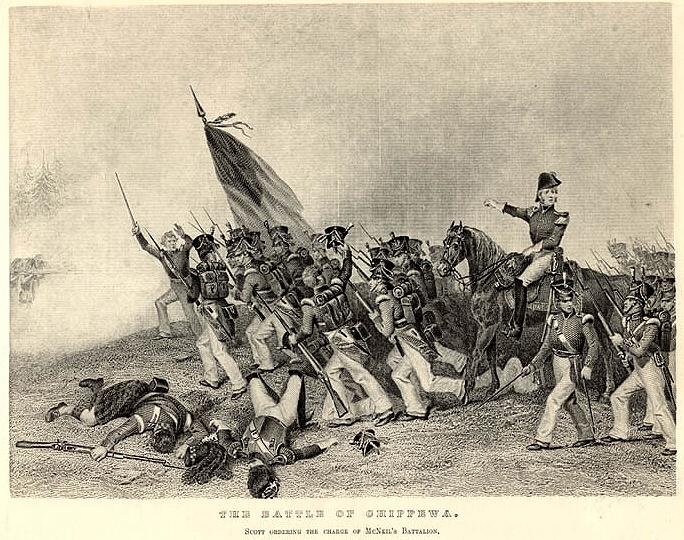 19th Century engraving showing General Winfield Scott ordering the 11th Infantry, under Major John McNeill, to attack the British and Canadian right flank.
In the background on the far left is the British 1st Regiment of Foot, on the far right is the United States 9th/22nd Infantry.
The American uniforms are inaccurate, being of a style which came well after the War of 1812.

Note: the 1st Battalion website is working on a detailed account of the battle to be posted on this page in the near future.